Only 7 states have seen restaurant employment return to pre-pandemic levels.

Eating and drinking places* added a net 123,700 jobs in February, according to preliminary data from the Bureau of Labor Statistics. February represented the 14th consecutive month of gains, but still left the industry more than 800,000 jobs below its pre-pandemic employment peak. 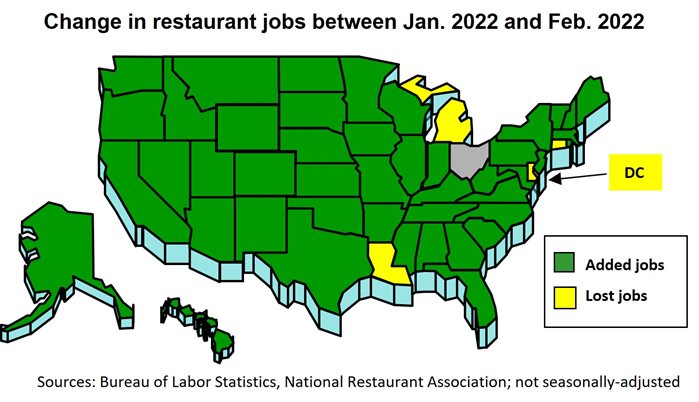 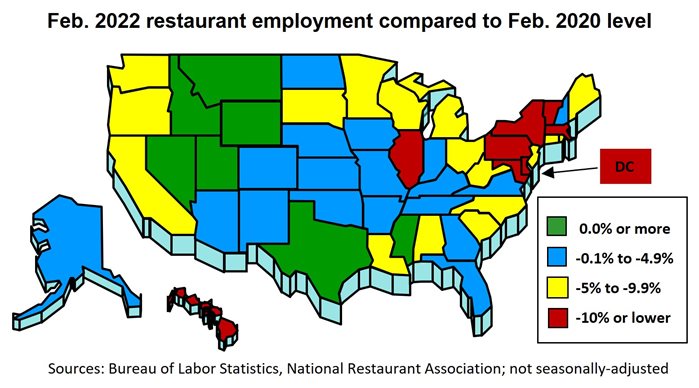