Restaurants continued to have difficulties boosting staffing levels in September, as job growth slowed significantly from recent months. After seeing average monthly gains of nearly 200,000 jobs during the first seven months of 2021, restaurant employment leveled off in August and September. As a result, eating and drinking places remained more than 900,000 jobs below pre-pandemic staffing levels.

On the state level, job losers exceeded job gainers by a wide margin September. Forty-four states lost restaurant jobs between August and September, while only six states and the District of Columbia saw employment levels rise. 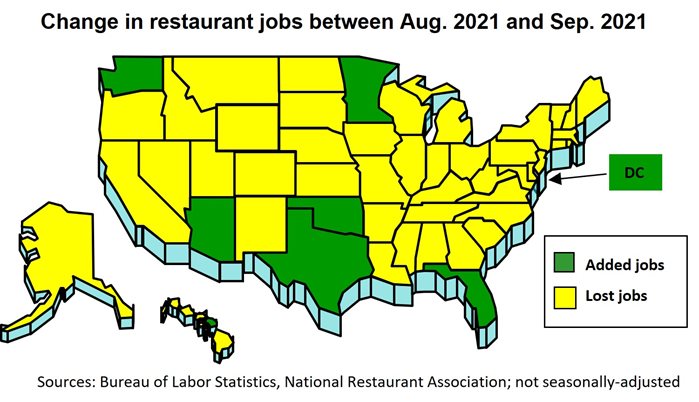 Several of the states that were among the leaders in restaurant job losses have a sizable seasonal workforce during the summer, so it’s not surprising that staffing levels declined in September. Massachusetts and New Jersey typically rank within the top five states for summer hiring – each boosting their restaurant staffing levels by more than 25,000 seasonal positions.

While September staffing declines are normal in many states, it is likely that many operators would prefer to hold on to some of the seasonal workforce, given that 78% say their restaurant does not have enough employees to support existing customer demand. 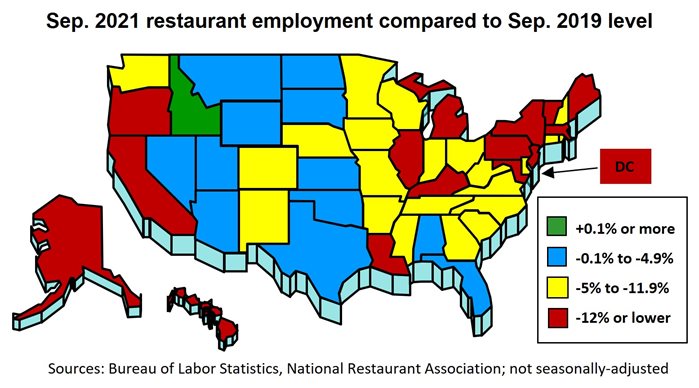