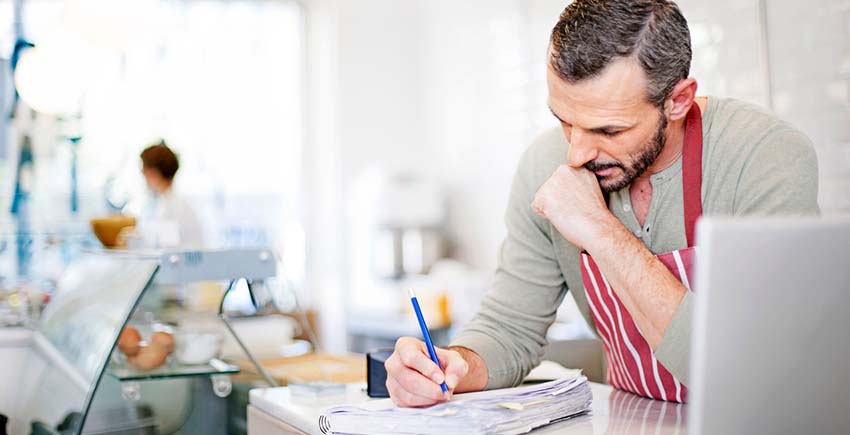 The Employee Retention Tax Credit, created in 2020 as a response to COVID-19, helps small businesses keep their staff members employed during uncertain times. Here are answers to four of the National Restaurant Association’s most frequently asked questions about the ERTC.

1. Where is my ERTC refund?
The only answer is, it’s on its way. We know it’s taken longer than anticipated. We polled a group of tax and finance executives, and five out of six said they’ve been waiting over six months for their refund.

The ERTC has typically been used across a single calendar quarter for a targeted group of tax filers impacted by a disaster. For example, if a hurricane strikes your region, a restaurant receives an ERTC to help it recover for that calendar quarter. A business can amend its federal quarterly return, and reclaim money used for eligible wages. However, the program hasn’t been available nationally for use over multiple years. Now, we’re looking at a well-documented “backlog” of refunds and delays at the IRS.

The bad news: We’re extremely concerned about those operators who haven’t received their ERTC refunds in advance of filing their annual returns and learn that they can’t take their normal payroll deductions. So taxes owed are higher, but the refunds to pay them haven’t arrived. This timing turns a cash crunch into a cash crisis. The good news: ERTC takes time, but it won’t run out. And once you receive the money, there aren’t explicit rules and timelines for use. You should be able to implement business planning based on your ERTC eligibility. Also, we’ve been told the IRS is working through the backlog and that it’s beginning to clear since there are fewer amended returns being submitted to the IRS. On Dec. 23, 2021, there were 500,000 unprocessed amended returns for ERTC, and by Feb. 23, there were 390,000 unprocessed amended returns.

2. Do tipped wages count as eligible wages paid to the employee?
Yes! To calculate what the eligible wages are for tax credits, restaurants and other hospitality companies can include tips. The industry welcomed this big regulatory development in August 2021. It applies for both 2020 and 2021.

3. How has ERTC changed over the last two years?
There were four big changes over 18 months. In March 2020, the CARES Act passed, bringing several different forms of relief to restaurants.

ERTC allowed employers with 100 or fewer employees to obtain up to $5,000 per employee’s wages and benefits. Eligibility was based on: Many restaurants didn’t apply for the credit in 2020. Why? Businesses who took a PPP forgivable loan originally weren’t allowed to also take ERTC. Though PPP loan forgiveness limited how borrowers could spend the money, it was more generous in the overall dollar amount.

By December 2020, the restrictions on ERTC changed. Realizing small businesses needed more help, Congress allowed businesses to access ERTC even after getting a PPP loan, and Congress expanded and increased ERTC into 2021.

In 2021, businesses with 500 or fewer employees could now access up to $7,000 per employee’s wages and benefits. To be eligible, the business had to: By March 2021, ERTC eligibility was extended through Dec. 31, 2021. However, eligibility was later terminated for the 4th quarter (October to December 2021). This was done to partially offset the cost of the bipartisan Infrastructure Investment and Jobs Act.

4. Will the 4th quarter of ERTC be restored for 2021?
The Association is advocating to bring ERTC back for the 4th quarter of 2021. Earlier this year, we surveyed nearly 5,000 restaurants to ask if they’d experienced a loss of 20% or more in Q4, compared to Q4 2019. About 60% said yes. That would have triggered their eligibility for ERTC.

There’s broadly supported, bipartisan legislation to bring ERTC back for Q4. In the House, we have Rep. Carol Miller (R-WV) and Rep. Stephanie Murphy (D-FL) leading 60 lawmakers on their bill, H.R. 6161. In the Senate, Sen. Jeanne Shaheen (D-NH) and Sen. Tim Scott (R-SC) have six additional cosponsors on S. 3625. If your state lawmaker isn’t on those bills, make sure you let them know it’s a priority.

One thing to consider: A restaurant who began the 4th quarter of 2021 assuming the tax credit would remain in place may have used it instead of setting aside tax payments, because they anticipated ERTC eligibility. However, the ERTC termination became law Nov. 15—mid-calendar quarter. Many restaurants are, understandably, focused on maintaining operations, not absorbing new tax information. A restaurant could be subject to an unexpected tax “claw back” when they file. For too many struggling restaurants, an untimely tax bill could devastate the business.

The Association is sharing the scenario with lawmakers and their staffers right now with the goal of restoring Q4 of the ERTC.