Job growth in the restaurant industry stalled in August, ending a 7-month period in which employers added nearly 1.4 million jobs. Despite the solid gains in recent months, eating and drinking places* remain nearly 1 million jobs – or 8% – below their pre-pandemic employment peak.

On the state level, restaurant employment was a mixed bag in August, according to data from the Bureau of Labor Statistics. Twenty-two states and the District of Columbia added restaurant jobs between July and August, while employment levels in Wyoming were essentially unchanged.

Twenty-seven states saw restaurant payrolls contract in August, with job losses primarily concentrated in the southeast and northeast regions of the country. 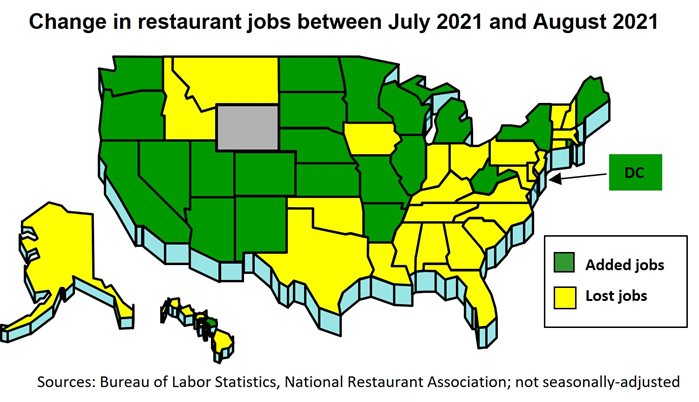 Only 4 states – South Dakota, Idaho, Montana and Wyoming – had more eating and drinking place jobs in August 2021 than they did in August 2019. 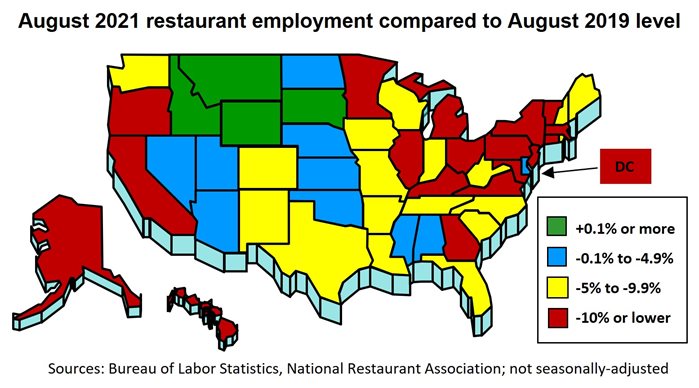